An Ode to the UX Department

Sugar is perpetually being debated by the scientific community,

I’m not speaking first hand here, but as an observer/partner/helper – a consultant looking in. When we started TC, we had big ideas about how we wanted to push and challenge the idea of UX and what it can do. We continue to build toward them. We have the luxury to be flexible and creative in our approach to how we best deliver success to our clients.

It’s a different story for teams trying to build, sell, and maintain UX internally at a large company. You’re battling long-set practices and constraints, celebrating the baby steps toward maturity. It’s definitely a grind, and as your consultant partner, we see it, we acknowledge it, we definitely don’t envy it, but we do consider it an important part of our work to help you keep pushing your UX ambitions internally. 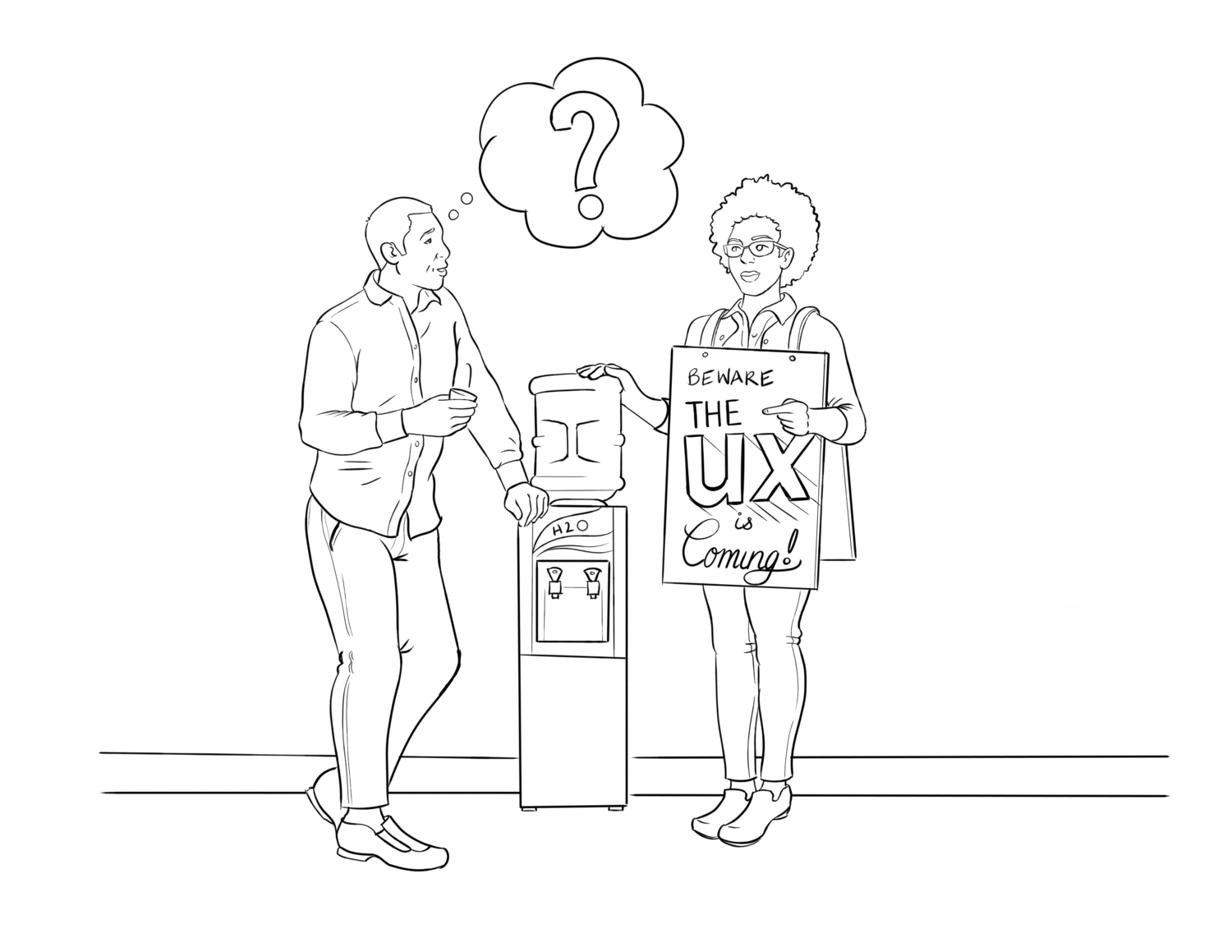 I have a confession to make: I am a consultant that hates sales. I can’t schmooze, my game face is...well, I have very little control over my face. The moment I think I sound disingenuous, I cannot stop cringing at myself. But that’s all fine, because luckily, explaining why UX is important doesn't require a fabricated pitch. It’s pretty simple – you’re trying to sell a product or service to humans, so humans should probably be at the center of that decision-making. (Alright, you might want to add a little more meat to that narrative, but that’s another blog.)

We are consultants. Sales is a pretty big part of what we do, and we get to decide which partnerships make the most sense for us. It’s not the same for internal UX groups, and we see that very clearly. There are lots of existing parameters, expectations, and the most fun of all, resistance to change. It can be difficult to initiate a culture and business perspective shift around UX.

One of my favorite parts of my job is when we get to rally big, diverse groups of stakeholders and team members into a room to try to work out a problem from a UX perspective. It’s challenging, but it’s a pivotal moment where change can happen and light bulbs can start flashing atop peoples’ heads. I enjoy engaging in UX education in the community for the same reason I enjoy these client workshops – we’re spreading the word through an interesting and engaging avenue.

Get people excited about UX internally by creating opportunities to gather, discuss, and learn. Hold periodic workshops targeting a specific aspect of UX and open it up to everyone in the company. Host a series of “lunch ‘n learns” where anyone in the company can join you to understand a little more about what UX does and how it can be helpful. Get creative. Be an educator. Be engaging and challenging. If you believe in the work you do, and you constantly challenge yourself to be better as a UXer, others will see the value of what you do naturally through simply being immersed and engaged. In short, UX will sell itself.

While it is AWESOME if you can get execs to join these events, it’s usually a pretty rare occasion. They’re busy people, and typically are going to expect a more directed experience to absorb your story.

With colleagues, it’s about making UX a part of everyday life, and letting it spread like a lovely little virus of influence. With the boss, it’s about drawing the clear link between UX thinking and the bottom line.

We UXers have a very clear view of why UX matters to business success. We see products and services redo themselves over and over because they haven’t integrated user feedback into their design and development process. We’ve seen teams really miss the mark, knowing that a little shift in perspective could be a game changer. We see the impact this has on the ground, but do executives understand the impact it has on efficiency and profit? They may not be making that connection for themselves, so it’s up to you to level-up why what’s happening on the ground impacts the business as a whole.

Pull away from the overarching label “UI/UX”. It has a very tactical connotation, which (time and time again) robs UX of what it can do on a broader level. Help executives understand that user integration and a UX lens is essential not only because we care about humans, but because users are who will dictate whether or not the company succeeds. The earlier and more often they are integrated into the product development process, the better off your business will be. User Experience is absolutely a KPI, even if it hasn’t been defined as such yet.

Struggle #2: Hiring - How the heck do you know who ACTUALLY has UX skills anymore?! 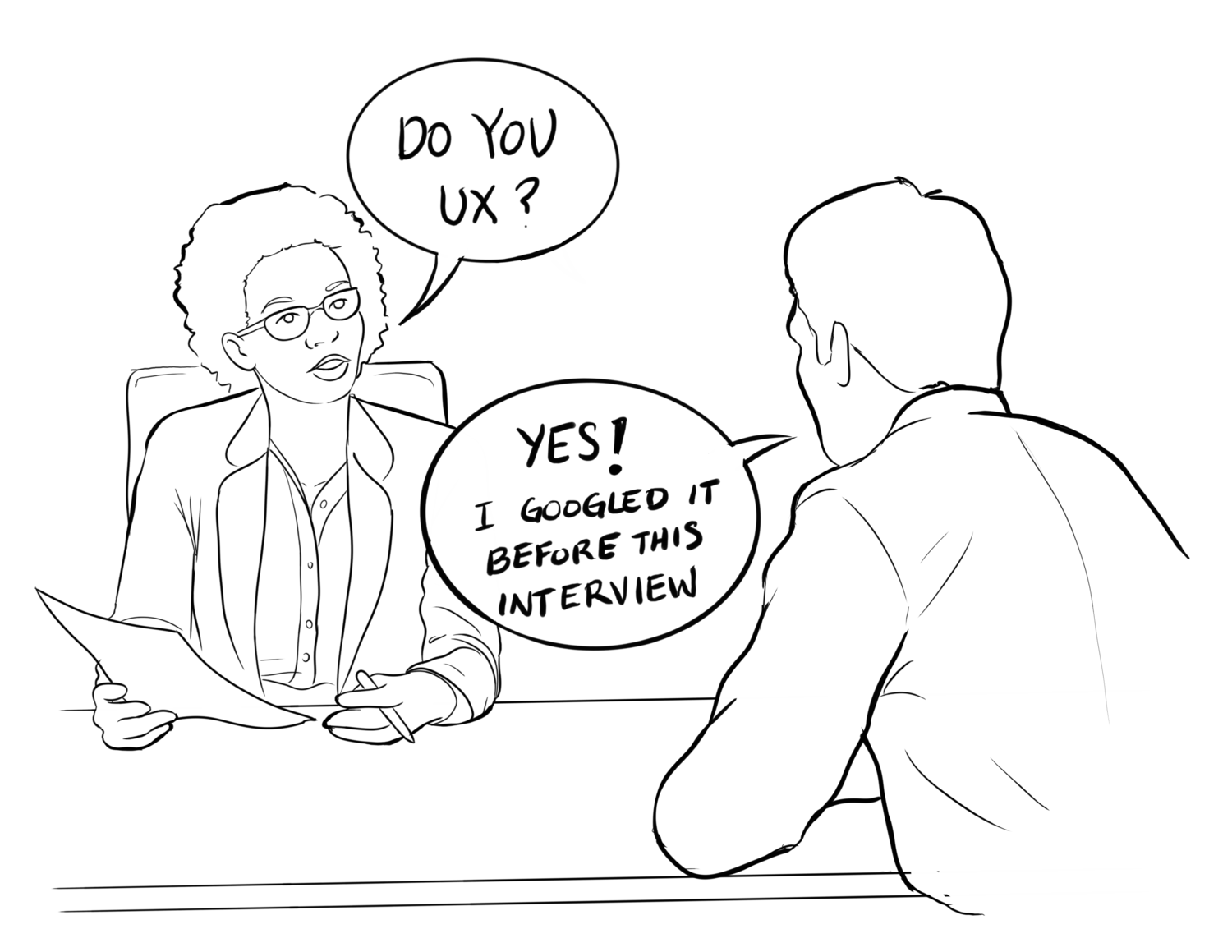 Now that you’ve got your awesome “UX as business strategy” narrative to tell the boss, you better make sure your UXers have the chops to make it happen.

Of course, I don’t need to tell you this, you’re likely acutely aware of the fact that finding legit UX talent is really hard. While the overuse of the title “UX designer” has made the selection process like solving a riddle, you absolutely should expect that everyone on your UX team understands the higher philosophy behind why UX matters and how its application makes a difference.

Be rigorous, and maybe a little bit ruthless, in your interviewing process. A LOT of people like to call themselves UX (fill in the blank)s ever since the field became sexy and popular (adjectives many of us never knew we could attain – we’ve arrived, folks). But seriously, there’s a lot of hype around UX, and everyone is trying to get a piece.

I remember, before I chose to go the TC route, I had an interview for a UX role at a company that gave me a serious run for my money. I was put on the spot to establish a true UX strategy that solves a complex business problem. It clearly was designed to parse out the folks that use the title “UX” because of the hype, from those that get it and have thought about what it means not only for a wireframe, but for business and strategy at a higher level.

The whole thing was a little nerve-wracking and intimidating, but they did their due diligence and because of that, I am certain they hired somebody that knows what they are doing.

Struggle #3: Keeping the UX team strong, focused, and cohesive while being pulled in a million different directions

While our partners/clients run the gamut of internal UX maturity, we’ve found that those that invest in UX group cohesion and continued education are the ones that are most successful within their organization. Yes it certainly makes our lives easier as your partner, but more importantly, it keeps the team sharp and lends to some serious influence in higher level decision making.

We’ve found it is reeeally really easy to bring on a few UXers and ship them out to different areas of the business to work independently. I totally understand the intention here – getting out the UX influence as broadly as possible. But the reason it doesn’t work is that UX expertise requires constant challenge and community to remain relevant and impactful. If your UX people are hardly ever convening to share their challenges and ideas, the whole value of UX starts to dissipate into thin air.

Be very intentional in making sure your team meets regularly, and make sure that time is used to help push and challenge each other to build their expertise and value.

I know there are tons more issues faced by the internal UX team, but these are the ones we see most often, and the ones that clearly differentiate success between companies based on how they are handled.

Rest assured this was not a perverse exercise in reminding you of your ongoing slog, but rather a nod to your hard work from your partner in crime (with a few tips thrown in). We consider it our duty and we enjoy partnering up with our clients to help them tackle these things in unique ways. 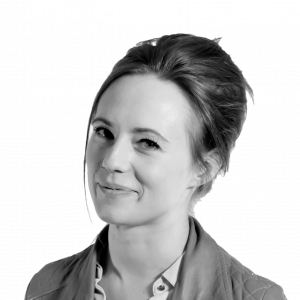 Whitney McKedy
Whitney employs her background in psychology and sociology to illuminate the complexity behind both the everyday and the more extraordinary aspects of human experience. Her passion lies in transforming “ok” products and services into relatable and intuitive experiences that foster long-term engagement.

Though she would like to think of herself as somewhat of a Renaissance woman in her free time, it’s mostly just a chaotic smattering of knitting, gardening, cooking, trying to learn Hindi, and pretending like she’s going to start running again any day now.

Send our musings directly to your inbox!